News Troy
Home Lifestyle Chinese New Year: Everything you should to know

Chinese New Year is considered to be one of the most important traditional celebrations. Communities across the globe celebrate it with some interesting customs. People usually enjoy fireworks, eat a lot of food, hang red lanterns, and wear special clothes to mark the occasion.

As explained earlier, the Chinese New Year also called the spring festival is an important celebration event in China and other countries with ethnic groups that originated from China and have historic and cultural significance. This festival indicated the start of a new year and spring.

There are several good reasons why people celebrate Chinese New Year. History says that the Chinese New Year started after there was an ancient fight against the Nian that was a terrible beast. This beast used to attack people, so they used firecrackers and fireworks to chase it away. This tradition has continued to the present time, and people use it to get good fortune.

Another reason for celebrating the Chinese New Year is to mark the beginning of the Lunar New Year. Also, in the past, this celebration allowed workers and farmers to rest from working so that they could feel well-rested and refreshed when they resumed their duties. Today, this is the same because people tend to have a long holiday to rest and regain energy for the new year.

Many Chinese families are also separated because of education opportunities, career choices, and many more. Therefore, this festival allows them the chance to gather together. The celebration also has many valuable beliefs and religious traditions.

The preparations for this celebration can begin at least a month before the celebrations. Some of the activities you can do during this time include cooking, cleaning, shopping, and traveling back home.

You should remember that the official public holiday is 7 days for the holiday from work, but some people can decide to extend their vacation to have more time to celebrate or you can even cut short your vacation to get back to work earlier.

Many people believe that wearing new clothes shows a fresh start and new hopes for the upcoming new year. Many Chinese like to wear red clothes or even other brightly-colored clothes on Chinese New Year. Keep in mind that red is associated with good luck in China. People also believe red can scare away spirits related to bad fortune.

Firecrackers and fireworks are also quite common during the Chinese New Year celebrations. After all, this event is designed to be a lively and happy festival. Therefore, lots of noise occurs to enhance the festival atmosphere, making fireworks and firecrackers the right products for the celebrations.

In the past, it was believed that the sound of firecrackers would scare away evil spirits that had bad luck. Nowadays, people usually use firecrackers and fireworks to show their happiness and attract good luck.

When it comes to eating dumplings on the eve of the Chinese New Year festival, it’s usually just traditional Chinese food. Dumplings have the shape of an old gold and silver ingot. Hence, the Chinese that consuming dumplings can bring wealth in the coming new year.

Another popular activity associated with the Chinese New Year is the handing out of red envelopes. It’s worth noting that red is a lucky color in Chinese culture. Therefore, handing out money enclosed in the red envelopes is a way of offering best wishes and a financial gift. It’s the same as giving someone a greeting card enclosed with cash in western countries. The cash in red envelopes is regarded as lucky cash, but it’s the red envelope that brings luck.

As you can see, the Chinese New Year celebration is an event with a lot of cultural importance. To have a successful event, it’s a good idea to prepare early and purchase the products that can be enjoyed and appreciated during the festival. 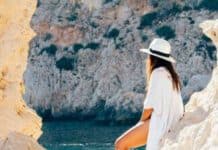 How to Wear a Beach Dress 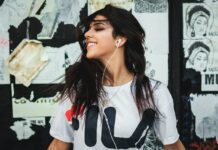 How To Purchase Real Spotify Monthly Listeners For Your Music?

What Is the Primary Difference Between Poker and Blackjack?