Wall Street isn’t just a place to trade stocks and bonds – it’s a vibrant, living ecosystem of business, investment and personal portfolios. To get the inside scoop on what investors are saying about the industry, we surveyed a number of them in different professions. The results were remarkably varied in terms of gender, age and number of years working in the industry. But one thing was clear: everyone has an opinion about what’s going on right now with stock markets. Bitfarm stock prediction is a great tool! So without further ado, here’s a look into

We’re a group of two senior executives and three finance professionals who work in the security trading industry. We’ve worked in the industry between 10 and 20 years, and we currently hold positions at a hedge fund, an asset manager, and on Wall Street.

We’re all traders who chose to integrate finance into our business model by investing in portfolios and managing risk. We’re all highly skilled, disciplined investors and traders, engaged in multi-strategy investment strategies with top-down mandates for the long and short sides of the market.

We aim to outperform the S&P 500 simply by being more efficient at picking stocks. Our models are based on fundamental analysis, quantitative research and statistical arbitrage – combining machine learning and trading algorithms – with a strong emphasis on strategy design, market psychology and quantitative analysis of price action. The end result is a higher probability of making money than expected from benchmarking alone.

3. What’s your opinion about the state of the market?

We are a little nervous, more for what we don’t know than for what we do. The news coming out of China and Europe is worrisome, but it’s also very different from historical events. For example, default in Greece. European banks had written off Greek debt years ago, so they should be fine (probably).

Chinese defaults have been small and have affected only large companies so far. If a true crisis erupts in China or Europe, all bets are off – that could be similar to 2008-2009 all over again. But the 2016 timeline is so different from the 2008-2009 timeline.

4. Why do you think China’s growth rate is slowing?

The official line for China’s slowdown is that it’s a well-managed transition to a more sustainable growth pattern, but a number of our friends saw signs of trouble last winter and spring when they were traveling in Asia.

Since then, things have deteriorated in some sectors and tightened policy to control money supply – which makes it tough for money to flow back into US stocks. There has also been a lot of fear mongering about China’s economy, and it’s causing a lot of volatility in the market.

5. How do you think Europe will handle the Greek situation?

It seems like some kind of compromise will be reached to keep Greece from leaving the EU – everyone is afraid about what would happen if Greece left. And whether or not that happens, we think it’s a good omen for Europe that they’re working through this as a union, taking actions together to solve problems as they arise. The stronger they make the EU, the stronger they make European markets – so it’s actually good news that this is happening now instead of in another crisis down the line.

6. What do you think of the US economy?

It’s been strong for a few years now, and it looks like it will continue to be strong for a few more. But when it comes to corporate earnings, there are problems. Corporations are sitting on a lot of cash right now, which they can’t spend on new plants or equipment.

They don’t want to spend too much cash on that because they’re concerned about their return of capital ratio (which measures how much money they’ll pay out in dividends). This is known as the “new normal” for American corporations and it’s a real problem. The negative scenario is that businesses will put this cash into their own pockets, buy back stock instead of investing in new technology or innovation, and they’ll go out of business. That’s a bad scenario.

7. What do you think of the Brexit vote?

This was a non-event in terms of Wall Street – we don’t think it should have much impact on anything else, but we’re not sure what will happen in the UK economy. It’s certainly been interesting to watch President Obama’s reaction to it. He’s been giving a little bit of support to Merkel and the European Union, but other than that we haven’t seen much else. 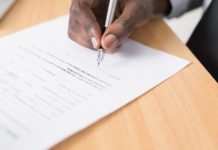 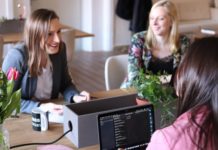 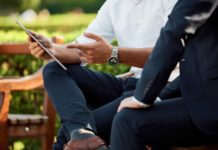