Drones are amazing devices that are taking the world by storm. With them, you can take amazing pictures from the skies. Many real estate agents use them to snap photographs of the houses they’re selling.

HVAC employees send them into small areas so they can check for leaks. Even the military has a use for these small technological marvels. There’s only one problem.

Learning how to fly a drone.

If you’re not careful, you can send your device crashing right into a tree. That’s a great way to waste two thousand dollars real quick.

We can help you avoid such an unfortunate scenario. Check out this guide to learn the rules of flying a drone the right way.

The first part of flying success is choosing one of the right drones for beginners. There are tons on the market that are easy for even a novice to use.

Our recommendation is to pick up a ready-to-fly model. As the name suggests, you can use it as soon as you take it out of the box.

You may have to charge it or attach the propellers, but for the most part, you’ll be good to go. We will warn you that you’ll pay a little extra for this convenience.

Racing drones are also easy to use because they’re only built to go fast. There’s not a lot of complex hardware going on there.

If you want to get a little practice in before you take a drone outside, you can pick up a small toy model that you can fly around in the house.

When you’re shopping around, there are a few unique terms that you need to be on the lookout for. If you know the jargon, it will make it a lot less difficult to narrow down your search and find the right first drone for you.

FPV is also known as first-person view. Instead of looking at the drone while you zip it around, you’ll stare at the screen on the controller or wear a pair of goggles. Either way, you’ll be able to see everything that the drone sees.

We don’t recommend that you get an FPV drone as a beginner. They’re cool and all, but it’s easy to get tunnel vision. You’ll get so swept up in controlling the drone that you may bump into someone near you or fail to notice an obstacle in time.

Contrary to FPV drones, a device with GPS capabilities is perfect for beginners. The way these work is the drone gets signals from a satellite. These signals allow the device to know exactly where it is at all times.

Since they’re aware of their position, it’s easier for them to hover in midair. They have a lot more balance than other drones on the market, so they’re great for taking pictures. Even mild wind won’t make them sway.

Some of them have return home features too!

RTH stands for return to home. If the drone begins to run out of battery or goes out of its range, instead of crashing, it returns back to its home point.

Some drones have a gesture feature. It allows the user to control the device by waving their arms instead of using a controller. Note that you will have to stand in front of the drone for this to work.

So, you have your drone. Time to take it out into your yard and see what it can do, right? Wrong!

Before you start zipping it around the neighborhood, you’re going to need to learn how to control the darn thing. You can get some basic information by watching YouTube videos, but that shouldn’t be the extent of your education.

If the device you chose has simulation software, you don’t need to take classes unless you’re planning to operate the drone for commercial use. The software will teach you everything you need to know.

If your drone doesn’t come with the simulation, you should consider taking a class or two. They’ll teach you more than a YouTube video can, and the packages are pretty reasonable price-wise.

There’s one more thing that you need to do before you take your drone outside. Read the user manual. It’s a dry read, but it will help you learn your drone inside and out.

It may have some useful flying tips that your classes didn’t go over, as well as information on how to use all of your drone’s many features.

Get Used to the Controls

Now you can take your drone outside and begin to familiarize yourself with the controls. Over time, you want to be able to use it like you do when you’re playing a video game.

Almost nobody looks down at the buttons when they play a game. It’s all second nature. To help you get started, here’s a basic rundown of how the controls work.

Performing a roll is a simple matter of moving your drone from side to side. Nothing complicated. Put your thumb on the right stick and practice gently moving it from left to right.

To do a pitch, you’re going to move the right stick forward and backward. The drone should move along with your thumb. Again, pretty basic, right?

Let’s say that your drone is heading right for a tree. To stop it from crashing, you’re going to need to rotate it on its axis a bit. To do this, move the left stick to the left or right.

This maneuver is called a yaw. It allows you to change the direction that the drone is going in while you’re flying.

Sometimes you want to adjust how high the drone is flying. This is when you’ll do a throttle. To make this happen, you’ll move the left stick up and down.

When you’re still learning, it’s easy for your thumbs to get confused. To avoid painful drone accidents, you’re going to need to get some practice in before you send your drone up.

First, do a few safe landings. Lift your thumb up on the throttle to hover your drone in the air. Avoid moving it from side to side at all.

The idea is to keep the device as balanced as possible. When you’re satisfied that you’ve accomplished this, lower the drone back down. Hoving the device can be a bit difficult for beginners to grasp at first, but you’ll get it.

You should also get a good feel for rotating your drone and moving it from side to side. Our advice is to picture that you’re sitting in the drone. That works for some people.

Planning for flying a drone is an entire process. You want to create a checklist for it to make sure that you don’t forget anything. The night before, charge the drone’s batteries.

The night before your flight, you need to charge the batteries. Most drones only get 30 minutes of usage time before they begin to die. Some of the more expensive models can reach 45 minutes, but that’s a stretch.

We recommend also picking up a few spare batteries at some point. They are an investment, but you’ll be able to stay outside with your drone for a bit longer at one time.

Drones have to update like any other device. Check for software notifications, and if they are any, download them. Look at the weather forecast!

Some drones such as DJI air 2s can handle light weather conditions, but no drone is waterproof. Torrential downpours and heavy snowstorms will break them.

Keep the Drone Close to You

While you’re still learning how to use your drone, you need to keep it near you. Every single drone can only venture off a certain range away.

Once they reach that point, they’ll lose signal and make for a crash landing. Again, some drones have the ability to return back to their home point when they go out of your range, but not all of them can. The ones that have this feature can be a bit hard on the wallet.

The further your drone gets away from you, the more likely it is that you’ll run it into something. You can’t see a tree if it’s not in your direct line of sight.

When you get more comfortable with your drone, you can try to test its limits a bit, but until that day comes, you’re better off playing it safe.

Inspect the Drone Before You Fly It

You should inspect your drone before every flight. The propellers are a little on the flimsy side. If they’re chipped or bent at all, you’ll need to change them out, or it can cause a crash.

Look for scratches along the body of the device. Moisture and dirt can settle into these tiny cracks without you noticing it. While it won’t cause problems at first, over time, rust may begin to form.

When you turn on the drone, make sure that it’s not making any funny noises. This could indicate that something is wrong with the motor. You don’t want to fly it if that’s the case.

Last but not least, do a small test flight to get a good measure of the device’s performance. If there is anything wrong with the drone, it will show up during the test.

The general rule of thumb when you’re learning how to fly a drone is to take it into a big open area with little to no trees or other obstacles. You’re still getting the hang of maneuvering your device. You don’t need a bunch of foliage getting in your way.

That’s a good way to crash your drone. You should also avoid taking your drone to a public location where there’s a lot of people. They count as obstacles.

In most states, you have to register your drone unless they fall within a certain weight range. This is to hold you accountable if you damage public property in any shape or form.

You can get your registration out of the way by heading over to the FAA’s website. You’ll have to pay a small fee, but you won’t have to go through the process again for the next three years.

Most states have laws in place when it comes to drones. For the most part, you can’t hover them over another person or someone’s private property. There are restricted air spaces that you’ll have to respect, and you’ll have to keep your drone at a certain speed limit.

If you plan to travel with your drone, you’ll need to read up on the local laws beforehand. In some countries, it’s illegal to have one of these devices. If you’re caught, it could mean jail time, or you’ll have to pay a fine.

How to Fly a Drone Without Crashing It

Are you considering buying a drone? They’re handy devices that will allow you to get some unique camera and video footage. The problem is learning how to fly a drone.

If you’re not careful and don’t follow the tips that we’ve provided, you might end up crashing your drone into a tree, or worse. You could hurt another person. For more tips that will help you get used to your new drone, explore the rest of our blog! 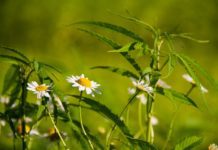 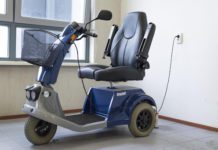 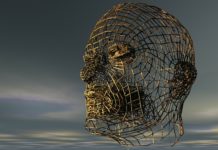 Red Borneo Kratom Is Failing Us

Business writing should be all of the following except a few.

What are the main points which people should know about the...

Bridezillas where are they now 2015

Brevity is important when creating videos because

According to the video “supply chain reaction”, What is “the bottom...